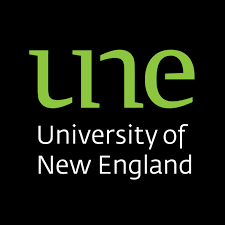 The University of New England was the first Australian university established outside a capital city. With a history extending back to the 1920s, UNE has a well-earned reputation as one of Australia’s great teaching, training and research universities.

Through its leading role in the provision of distance education, UNE has contributed to the nation’s development over more than half a century — while enhancing the lives of thousands of people who would otherwise have been unable to pursue university studies. Today, UNE is extending its global reach through the adoption of the latest communication technologies, and is recognised as an innovator in flexible online education.

More than 100,000 people have graduated from UNE, with many of them going on to hold senior positions around Australia — and abroad — in business, government, education, research, and community development.

UNE has been the leading innovator of flexible study for over 60 years because we’re committed to helping busy adults study from anywhere.

At UNE, online study is about flexibility and support that can only be provided by a university that has long understood the challenges faced by adults studying from home.

UNE has three teaching periods or trimesters, commencing in February, July and October, providing students greater choice about when, and how much they study each year.

Please contact us for further information on our products and services by calling 02 4967 1050 or complete the form and we will be in contact within the next 48 hours.